​Tea has such a rich and interesting history that dates back nearly 5000 years ago.  There are several legends floating around.  Our favorite is the one about Emperor Shen Nung…..it goes like this…

Chinese legend tells us that Emperor Shen Nung was not only a skilled ruler but was also a scientist.  And he discovered tea accidentally.  While he was in the garden a leaf from a wild tree happened to fall into his pot of boiling water.  He drank the water that had been infused with this leaf and enjoyed it so much that he went on to research the plant further.  Not only did it have a pleasant flavor, but it also seemed to have a stimulating effect on his body.  During his research, he happened to learn about the medicinal properties of this plant.

There are, of course, many other legendary stories of how tea came to be discovered.  Some are reminiscent of some sci-fi movies while others are more believable.  But this is one of our favorites.

Rather than go into a boring history lesson we will just give the highlights and timeline for you here.
2737 BC – Discovered by Emperor Shen Nung
589-618 AD – Sometime during this time tea was introduced in Japan by Buddhist monks
1607  – First major import of tea from Asia to Europe
1662 – Tea became popular within court circles in England
1680s – The Silk Road caravans established a tea trade with Russia
1689 – The first tea tax in England
1773 – Historical tea party of all tea parties in Boston
1784 – Drastic reduction of tax on tea by the British government (from 119% to 12%)
1850’s – Tea crops expand into India and Sri Lanka
1888 – British tea imports from India exceeds those from China
1908 – Thomas Sullivan accidentally invented the teabag
2015 – Tea is the number one hot beverage in the world

There is so much history of tea being used in religious ceremonies throughout various cultures around the world.  It has been the choice beverage of the elite in many cultures and a coveted beverage among commoners throughout time.  It has gone from being unaffordable for the most common of people to one of the most readily and affordable beverages of today.  And throughout its history harvesting, processing, packaging, flavor profiles, preparation, and availability have changed and expanded so much so that there is something for every flavor palate.
​
While this is not an exhaustive and complete history of tea, it gives you a start.  There are literally tons of books on the subject that one could get lost in the world of tea so easily.  So we’ve just added the highlights here as a start. 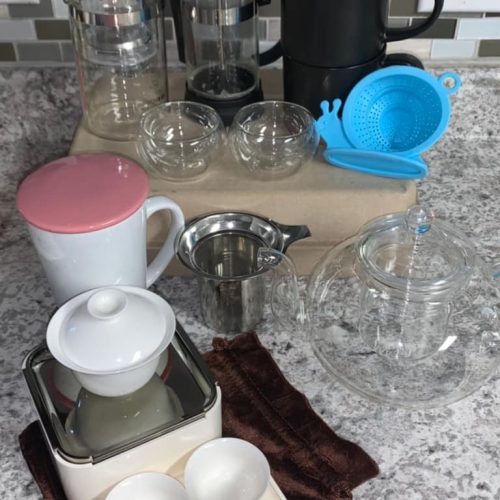 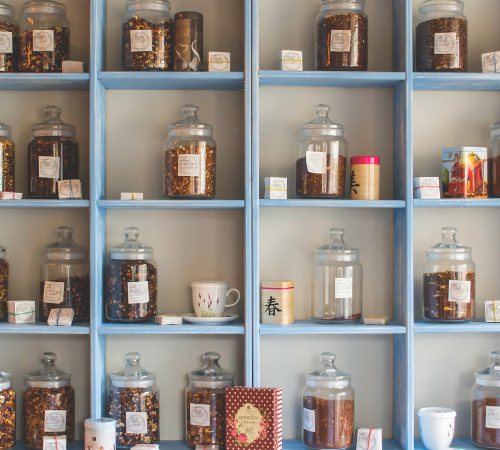 Hello! Welcome to Steep Right Up. Go grab a cup of tea, sit back, and browse our site. Feel free to message us if you have any questions about any of our teas.....or about tea in general. And be sure to connect with us on social media. Thank you for visiting and shopping with us. 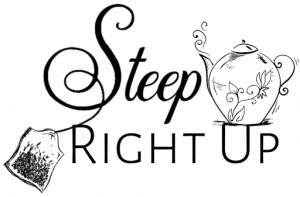 Drop a pic of your favorite teacup in the comments

Journal your tea adventures!!! Are you a tea love

NEW TEA!!!!! I am so excited to introduce this new

Come join us for Tea Tasting & a visit with Santa.

What’s even better than relaxing with your fave

Sadly we will be unable to attend this event tomor